We are an Award Winning Firm of Chartered Accountants based in Lichfield. All our clients are different and we tailor each and every package to their needs, not our own.

As a member firm of the Institute of Chartered Accountants in England & Wales (ICAEW), we are expected to uphold the highest level of professionalism and to provide our clients with the very best level of service. This means that we act with integrity to provide you with reliable, ethical advice. 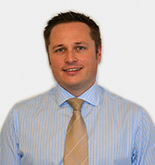 Leon is the founder and Managing Director of Brookes Stephens Chartered Accountants. He qualified as a Chartered Accountant in 2000 whilst working at KPMG Manchester Office. For the next 5 years, Leon worked in industry in a variety of Financial Accountant and Financial Controller roles. This experience gave him an invaluable insight into how life really is ‘on the other side’. In 2005 Leon decided to return to practice and formed Brookes Stephens Chartered Accountants. The practice is firmly based on Leon’s strengths of providing clear and concise commercial advice to his clients. Leon likes to support his clients in any way he can. He recently ran the Birmingham Half Marathon and the Great Midlands Fun Run to raise funds for the ‘Aspire to Africa Project’ run by one of his clients. When not working (or running) Leon spends most of his time with his family, but he has been known to play golf badly and watch Macclesfield Town F.C.

Favourite Quote: "Treat people the way you would like to be treated yourself" 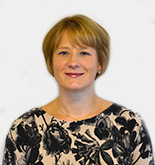 After graduating from Manchester University with a 2.1 degree in Maths, Julie entered into a training contract with KPMG Manchester. During her four years with KPMG Julie worked on the audits of many multinational companies, gaining invaluable experience. After qualifying as a Chartered Accountant ACA in 2000, Julie relocated to Birmingham where she worked in several roles in Industry until leaving to start a family in 2003. Following the birth of her eldest daughter Julie returned to work in a smaller, local practice where she remained until joining Brookes Stephens in 2009. When not at work Julie enjoys spending time with her family and the odd bit of retail therapy! 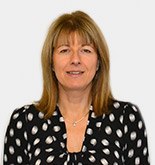 After graduating, Ann spent some time travelling before entering the world of work; going on to hold a number of administrative and event organising roles in both the private and public sector.

After taking a break to concentrate on family life, Ann joined Brookes Stephens as Administrator, taking charge of the smooth running of office systems and procedures. Away from work, Ann is a keen runner, and enjoys utilising her organisational skills by getting involved with events for her son’s scout group and football team.

Favourite Quote: "Don’t put off until tomorrow what can be done today." 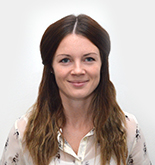 After graduating from The University of Birmingham with a 2.1 degree in Sports Science, Emily decided this wasn’t the career for her and began a training contract with Brookes Stephens in 2012. Emily is currently undertaking her AAT qualification and has already passed her level 3 examinations. She hopes to continue her studies and go on to become a Chartered Accountant. Her duties at Brookes Stephens include book keeping and VAT returns as well as administrative tasks. Outside of work Emily is a keen triathlete and has recently qualified for Great Britain in her age group for the European Championships in Lisbon next year!

Favourite Quote: "Do what you love, love what you do" 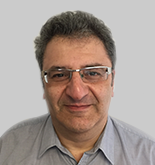 John is our tax supervisor, with a wealth of experience in the accountancy profession, having worked for a top 6 accountancy firm for over thirty years in a number of different roles.

His biggest strength is his communication style, which means that clients can always ask a question, safe in the knowledge that the answer will be jargon free and easy to understand.

Favourite Quote: "Be a good listener, your ears will never get you into trouble." 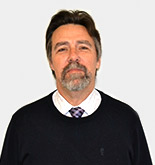 Phil’s first payroll position was way back in 1971 in the pre-decimal days and he has been busy processing payslips ever since! By working firstly within industry and more recently within an accountancy practice, Phil has experienced most of what the UK PAYE system can throw at him. Phil joined Brookes Stephens in 2010 and since then has been managing the firm’s ever increasing number of registered payrolls. Phil was once a keen amateur footballer and administrator. He then became a qualified referee progressing to semi-pro leagues. Since retiring from refereeing Phil has taken to watching the beautiful game and is a season ticket holder at his beloved Kidderminster Harriers. 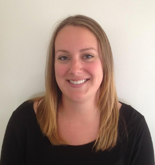 After leaving school, Louise entered into a career within the veterinary profession, as working with animals had always been a passion of hers. After completing her training and examinations, Louise gained her NVQ level 3 qualification in small animal veterinary nursing, and became a Registered Veterinary Nurse with the Royal College of Veterinary Surgeons.

In 2008 Louise decided upon a change of career and this decision led her into laboratory work. This included food pesticide testing and water testing, identifying bacteria such as E.coli & Legionella.

Louise is Phil’s daughter and started working on a temporary basis for Brookes Stephens in December 2014. In September 2015 Louise became an official member of the team as an Administrator.

When Louise isn’t working, she enjoys travelling, baking, and spending time with family, friends and her beloved cat Dotty.

Favourite Quote: "You only live once, but if you do it right, once is enough"